Upgrading the gaming rig, for what feels like the 4173rd time.

I’ve been working on a plan to upgrade my gaming rig lately, especially since I had a 4790K come available with the upgrade of the FreeNAS box. For Christmas, I got a pair of Gigabyte R9-390X’s to upgrade my dual HD7970’s. I’ve been running 32GB of RAM in my 4770K box for quite a while now, so there was nowhere to go from there. The plan was to replace the Gigabyte Z87X-OC and i7-4770K with the ASRock Z97 Extreme6 and i7-4790K from the FreeNAS box. The Z97 board has a PCI 3.0 x4 M.2 slot on it, so I wanted to get the speed increase from using it in addition to everything else. But, here’s the problem…

Well, I’m no mathematician, but I know 40 lanes when I see them. That only left me one option if I wanted to stick with Haswell, and that’s to go with the 5930K. The 5960X is still a $1000 processor and I just wasn’t going to drop that kind of coin on a CPU. So, today I went ahead and placed the order and here’s the new specs for the new gaming rig:

No spinning platters in this baby! We’re going ALL SSD. Spinning platters are for the NAS. The motherboard has dual gigabit NICs, and my network devices all support link aggregation, so I’ll be able to get 2 gigabit network access to the NAS, and that should be more than enough for pulling documents or anything else I need off of it. All this will be displayed on my current triple AOC i2769Vm 27″ monitors, which give me nearly 6 linear feet of monitor space. Yes, they are only 1080, but I’m not quite ready to dump out the money for three 27″ 4K monitors and they don’t make ultra-wide curved monitors big enough for me yet.

Today’s order was for the CPU, motherboard, and RAM. Everything else is already here. I’m hoping that everything will be here by the end of the week and I’ll be able to finish the build this weekend, so I can finish working on the FreeNAS / Plex Automation series.

Here’s a sneak peek of what it’ll look like. I was mounting the lights and fans in the case last night, and since the X99 Extreme6 and the Z97 Extreme6 look nearly identical, it’ll give you an idea of what we’ll be dealing with when it’s all said and done. 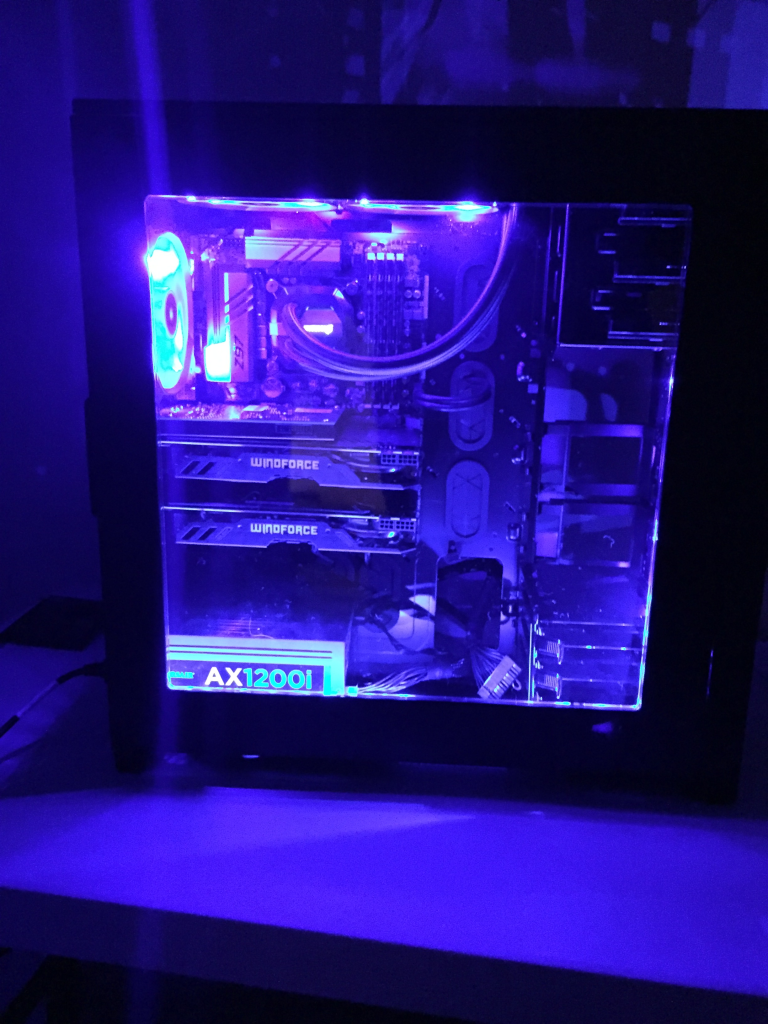